A federal Center for Veterans Enterprise (CVE) certified service disabled veteran owned small business (SDVOSB), with US offices in Virginia, Illinois, Florida, and a global presence in NATO allied countries, TechWerks is an innovative company, leveraging talent, skill, and experience along with new and proven processes to deliver solutions and products that meet our clients’ needs and exceed their expectations. TechWerks’ unique value stems from our significant knowledge and broad experience in support services, training delivery, program evaluation, and information technology as well as our partnerships with some of the most well-known and respected Subject Matter Experts from academic institutions and healthcare organizations around the United States and the World. 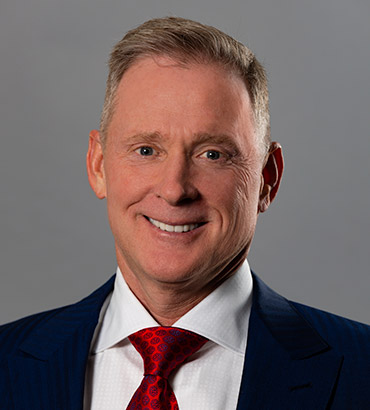 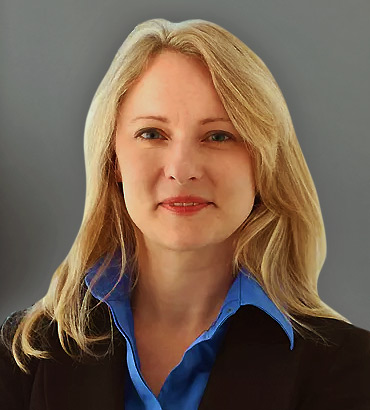 Jill Antonishak, PhD, is a community and developmental psychologist with extensive experience in evaluation and the development and implementation of strengths-based prevention programs. Dr. Antonishak was an American Association for the Advancement of Science’s Congressional Fellow for the Health, Education, Labor, and Pensions Committee. After her fellowship, she was hired as full-time staff on the Committee, with a focus on family support, military mental health, and suicide prevention. She received her Ph.D. in Community and Developmental Psychology from the University of Virginia and her B.A. from Goucher College. She completed a postdoctoral fellowship in adolescent development at UVA, where she worked on a longitudinal study of adolescents, their friends, and family. She has received fellowships from the National Institute of Mental Health, the Pediatric AIDS Foundation, and the Society for the Psychological Study of Social Issues. 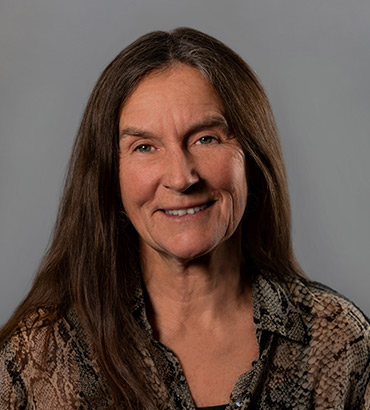 Brigadier General (retired) Rhonda Cornum, PhD, MD, recently joined TechWerks as the Director of Health Strategy. She has a unique perspective, having just served as the first Director of the U.S. Army’s novel Comprehensive Soldier Fitness initiative. Recently renamed Army Comprehensive Fitness, this strategy represents the model for universal implementation of physical and psychological health promotion within the Department of Defense. She previously served as the Assistant Surgeon General for Force Projection, responsible for the policies and procedures to prepare Soldiers and units for deployment, and commanded the Landstuhl Regional Medical Center, the evacuation hub for Iraq, Afghanistan, Africa and Europe. During this assignment, she commissioned development of the Joint Patient Tracking Application and pioneered use of the Nova Lung during critical care air transport. Doctor Cornum has written or co-authored one book, five book chapters, and numerous scientific articles. She sits on numerous committees and advisory boards, including the Secretary’s POW Advisory Committee for the VA, the External Advisory Board for the Millennium Cohort Study, and is a Professor of Military and Emergency Medicine at the Uniformed Services University of the Health Sciences. Dr Cornum is Board certified in Urology, a Fellow in both the American College of Surgeons and the Aerospace Medical Association, and is a member of the American Society of Nutrition. 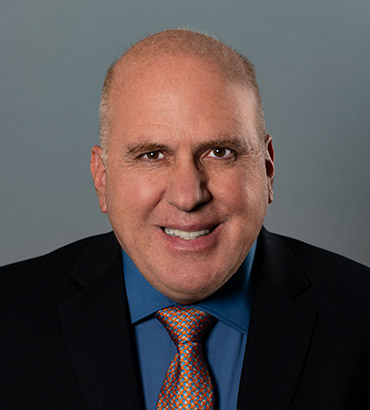 David Gilbertson is an accomplished Senior Executive with more than 30 years of success across healthcare IT, and Government industries. His broad areas of expertise include big data analytics, cloud analytics, medical records, health informatics, go-to-market strategy, product development, and government contracting. Throughout his executive career, David has held leadership positions including President and CEO of Virtual Health Informatics, and Director at Hewlett Packard Enterprise. David was also the CEO of the Connecticut Health Exchange and Associate Vice President at the University of Connecticut. In his various executive leadership roles as Colonel for the United States Army Medical Service Corps, he was responsible for overseeing the creation of the Center of Excellence for Battlefield Health and Trauma, developing and deploying the military electronic health record, and leading efforts for exchanging health information with both the VA and TRICARE. 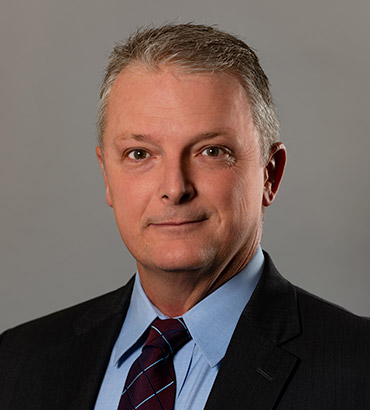 As TechWerks’ General Manager, Jeffery F. Rimmer oversees the daily operations of the divisions of the company including working capital management, Finance and Accounting, Human Resource Management, Logistics and Delivery, as well as Project Control and Reporting.  His experience and expertise as a federal Chief Finance Officer and Operating Officer with an appreciation for the importance of technology and executive training to solve problems and enhance performance has been instrumental in developing solutions to fill the execution gaps in the federal and commercial sectors.  Mr. Rimmer administers a $19,536,000 payroll and benefits program; directs the recruitment, retention and personnel management of 77 employees and over 40 contractors, and runs the financial operations supporting federal and commercial contracts and agreements.  With over 20 years of experience in military and civilian hospitals and clinics his leadership roles in executive management, contracting, logistics, and human resources responsibilities have proven repeated success for TechWerks in the full scope of complex and challenging environments including billion-dollar Federal Government programs in both Department of Defense and Veterans Health Affairs. Mr. Rimmer’s primary focus is on  Operational Systems and Leadership Development as well as Training and Coaching of corporate staff.  His other areas of emphasis include Strategic Planning, Execution Management, and Employee, Team, and Organizational Empowerment to operationalize corporate strategy down to individual goals and objectives. Jeffery Rimmer’s continuing goals are to advance the objectives of exciting and vibrant agencies and companies that seek to make a difference and improve our world by integrating technological solutions and empowering the most important resource in business decision making – the staff. 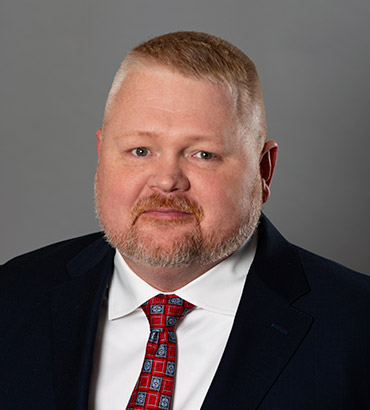 Lieutenant Colonel (retired) Chris Mayhugh has more than 20 years of experience in healthcare management. He is a proven leader who continually achieves success through building and leading teams.  He retired from the Army in 2017 as the Deputy Director for Talent Management, Office of the Surgeon General, where he was an architect of talent management strategy and policy governing acquisition, development, and retention of military and civilian staff for the 150k person Army Medical Department. His previous positions include Chief Human Resources Officer at Brooke Army Medical Center, considered the flagship of Army Medicine with more than 7500 staff; Chief, Performance Management (Evaluations and Awards) US Army Medical Command; Chief Human Resources Officer, Walter Reed Army Institute of Research; Chief, Medical Human Resources Operations, Multi-National Corps Iraq; Chief Recruiting Officer, Elkridge Healthcare Recruiting Station; and a variety of tactical leadership positions including Platoon Leader, Executive Officer and Company Commander. He holds an M.A. in Organizational Learning and Leadership and is currently pursuing a doctoral degree in Human and Organization Learning from the George Washington University. 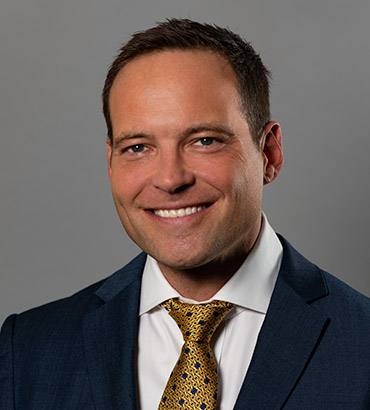 Guy has worked in Information Management/Information Technology in the federal health IT space for over 15 years.  He started his career in the federal IT world in Landstuhul Germany, where he ran network operations and security for several years.  He later worked for US Central Command’s Chief Medical Information  Officer as an IT analyst during the peak of the OEF/OIF conflicts.  He has worked at the AHLTA/CHCS program office, specializing in Health Information Exchange and Interoperability initiatives and systems, later working for General Dynamics on a variety of DoD, VA, and DHS health data initiative. From 2014-2016, he worked with the VA based Knowledge Based Systems group, leading the development of SNOMED Reference Sets to map a variety of VA data sources and sets.

He currently is currently leading the project to integrate the DHA’s CHCS system with the Blood Bank system, EMBS-T. 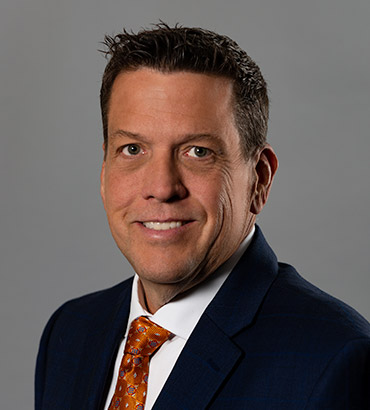 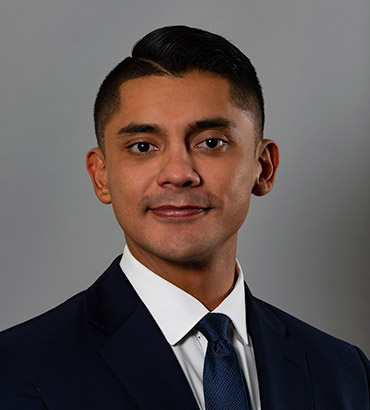 Bryan Vidal has served children, military veteran caregivers, and older adults in various roles including as a Bi-Lingual Manager of Online Learning Customer Support, Manager of Online Learning Systems and is currently the IT Solutions Architect at TechWerks. He also serves as a Technical Subject Manager for the TechWerks National Veteran Caregiver Training Program where he has provided customer service and online technical support to over 39,000 military veteran caregivers and is the Project Manager for the VA Self Care Caregiver Training Program. Mr. Vidal possesses extensive knowledge of online learning systems and has led multiple curriculum upgrades for federal clients. He specializes in mass data migrations, re-creation of audio/visual bi-lingual training content, and information security.  He holds a Master’s degree in Public Policy and a Post-Graduate Certification in Public Policy Analysis from the American University in Washington, D.C. His devotion lies in providing exceptional customer service coupled with a passion for online learning and information systems design.

VECTOR is a 10-year IDIQ vehicle awarded to TechWerks in 2018.  This vehicle is open to all VA agencies and is an ideal way to reach highly qualified and completive SDVOSB companies such as TechWerks.

CIOSP-3 SB is a Best-In-Class vehicle available to all federal agencies. This vehicle can be used to acquire a wide-range of professional IT services. TechWerks can bid on work posted to CIOSP-3 Small Business if the contracting officer makes the opportunity available to SDVOSB contract holders by selecting the DV category on the vehicle’s portal (e-GOS). TechWerks was awarded all 10 service areas.

The GSA Schedule provides the most flexibility and access to companies with demonstrated past performance in Information Technology. TechWerks can bid on all unrestricted, total small business, and SDVOSB set-aside opportunities.

TechWerks has a prime position in the following categories:

TechWerks can bid on all unrestricted, Total Small Business, and SDVOSB work posted to FBO.

As a SDVOSB, TechWerks is eligible for direct awards. Contracting Officers have the option of awarding contracts directly to TechWerks under certain conditions and thresholds.

TechWerks has established teaming arrangements with prime contract holders on the following vehicles: