A federal Center for Veterans Enterprise (CVE) certified service disabled veteran owned small business (SDVOSB), TechWerks is an innovative company, leveraging talent, skill, and experience along with new and proven processes to deliver solutions and products that meet our clients’ needs and exceed their expectations. TechWerks’ unique value stems from our significant knowledge and broad experience in support services, training delivery, program evaluation, and information technology as well as our partnerships with some of the most well-known and respected Subject Matter Experts from academic institutions and healthcare organizations around the United States and the World. 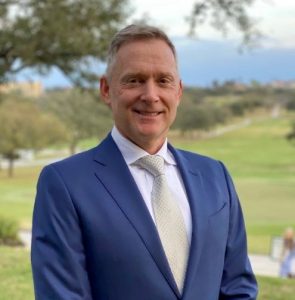 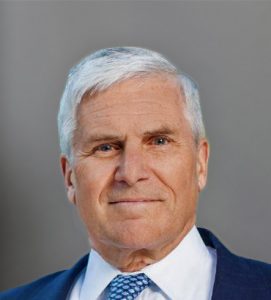 General George W. Casey, Jr. (retired) enjoyed a 40+ year career in the US Army following his graduation from Georgetown University in 1970.  He is an accomplished soldier and an authority on strategic leadership.  As the Army Chief of Staff, he led one of our largest and most complex organizations during one of the most extraordinary periods in our history.  He is widely credited with restoring balance to a war-weary Army and leading the transformation to keep it relevant in the 21st Century. Prior to this, from July 2004 to February 2007, he commanded the Multi-National Force – Iraq, a coalition of more than 30 countries.  He guided the Iraq mission through its toughest days and set the conditions for our ultimate success.  In his retirement, he remains committed to our servicemen and women, and, in addition to the numerous boards that he sits on, he lectures on leadership at business schools and to business leaders and teaches at the Korbel School in Denver.  He has published a book, Strategic Reflections, Operation Iraqi Freedom, July 2004-2007, about his experiences in Iraq. 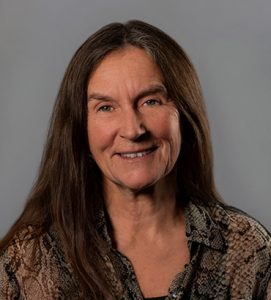 Brigadier General (retired) Rhonda Cornum, PhD, MD has a unique perspective, having served as the first Director of the U.S. Army’s novel Comprehensive Soldier Fitness initiative. Recently renamed Army Comprehensive Fitness, this strategy represents the model for universal implementation of physical and psychological health promotion within the Department of Defense.  She previously served as the Assistant Surgeon General for Force Projection, responsible for the policies and procedures to prepare Soldiers and units for deployment, and commanded the Landstuhl Regional Medical Center, the evacuation hub for Iraq, Afghanistan, Africa and Europe.  During this assignment, she commissioned development of the Joint Patient Tracking Application and pioneered use of the Nova Lung during critical care air transport.  Doctor Cornum has written or co-authored one book, five book chapters, and numerous scientific articles.  She sits on numerous committees and advisory boards, including the Secretary’s POW Advisory Committee for the VA, the External Advisory Board for the Millennium Cohort Study, and is a Professor of Military and Emergency Medicine at the Uniformed Services University of the Health Sciences. Dr Cornum is Board certified in Urology, a Fellow in both the American College of Surgeons and the Aerospace Medical Association and is a member of the American Society of Nutrition. 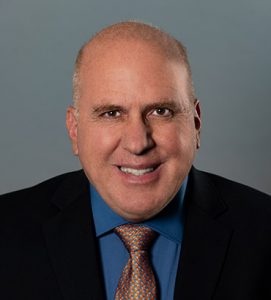 Colonel David Gilbertson (retired) held various executive leadership roles in the United States Army Medical Service Corps where he was responsible for overseeing the creation of the Center of Excellence for Battlefield Health and Trauma, developing and deploying the military electronic health record, and leading efforts for exchanging health information with both the VA and TRICARE. He is an accomplished Senior Executive with more than 30 years of success across healthcare IT, and Government industries. His broad areas of expertise include big data analytics, cloud analytics, medical records, health informatics, go-to-market strategy, product development, and government contracting. Throughout his executive career, David has held leadership positions including President and CEO of Virtual Health Informatics, and Director at Hewlett Packard Enterprise. David was also the CEO of the Connecticut Health Exchange and Associate Vice President at the University of Connecticut. David holds a M.S. in Medical Information Systems from Stanford University , as well as B.B.A. in Management Information Systems from the University of Georgia.  He holds board positions with CommuniCare Health Centers, San Antonio, and the Phi Kappa Psi Georgia Alpha Housing Corporation. 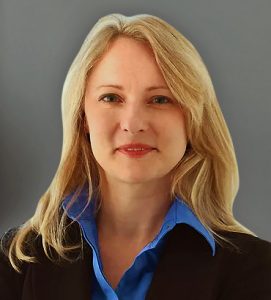 Jill Antonishak is a community and developmental psychologist with significant experience in evaluation and the development and implementation of strengths-based prevention programs.  Dr. Antonishak was an American Association for the Advancement of Science’s Congressional Fellow for the Health, Education, Labor, and Pensions Committee.  After her fellowship, she was hired as full-time staff on the Committee, with a focus on family support, military mental health, and suicide prevention. She received her Ph.D. in Community and Developmental Psychology from the University of Virginia and her B.A. from Goucher College. She completed a postdoctoral fellowship in adolescent development at UVA, where she worked on a longitudinal study of adolescents, their friends, and family. She has received fellowships from the National Institute of Mental Health, the Pediatric AIDS Foundation, and the Society for the Psychological Study of Social Issues. 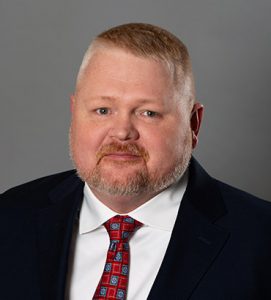 Lieutenant Colonel (retired) Chris Mayhugh has 20+ years’ experience in healthcare management. He retired from the Army in 2017 as the Deputy Director for Talent Management, Office of the Surgeon General, where he was an architect of talent management strategy and policy governing acquisition, development, and retention of military and civilian staff for the 150K person Army Medical Department.  His previous positions include Chief Human Resources Officer at Brooke Army Medical Center, considered the flagship of Army Medicine with more than 7500 staff; Chief, Performance Management (Evaluations and Awards) US Army Medical Command; Chief Human Resources Officer, Walter Reed Army Institute of Research; Chief, Medical Human Resources Operations, Multi-National Corps Iraq; Chief Recruiting Officer, Elkridge Healthcare Recruiting Station; and a variety of tactical leadership positions including Platoon Leader, Executive Officer and Company Commander. He holds an M.A. in Organizational Learning and Leadership and is currently pursuing a doctoral degree in Human and Organization Learning from the George Washington University. 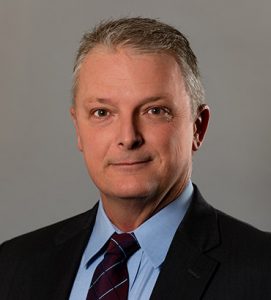 Major Jeffery Rimmer (retired) oversees TechWerks daily operations including working capital management, finance and accounting, human resource (HR), and logistics. He directs the recruitment, retention and personnel management TechWerks employees and sub-contractors, runs the financial operations supporting federal and commercial contracts, and serves as the TechWerks Chief Financial Officer (CFO).  He has over 20 years of experience in military and civilian hospitals and clinics serving in leadership roles in executive management, contracting, logistics, and human resources. His experience has allowed him to support the full scope of complex and challenging roles supporting Federal Government programs in both Department of Defense and Veterans Health Affairs. 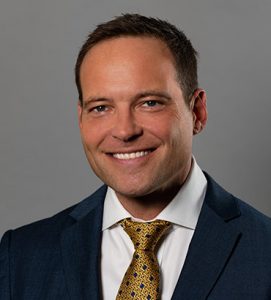 Guy Feltenstein has worked in Information Management/Information Technology in the federal health IT space for over 15 years.  He started his career in the federal IT world in Landstuhul Germany, where he ran network operations and security for several years.  He later worked for US Central Command’s Chief Medical Information  Officer as an IT analyst during the peak of the OEF/OIF conflicts. He has worked at the AHLTA/CHCS program office, specializing in Health Information Exchange and Interoperability initiatives and systems, later working for General Dynamics on a variety of DoD, VA, and DHS health data initiative. From 2014-2016, he worked with the VA based Knowledge Based Systems group, leading the development of SNOMED Reference Sets to map a variety of VA data sources and sets. He currently works across our multiple contracts providing technical guidance and support. He is also instrumental in developing technical solutions for our clients.

Guy is a CCNP, CCSP, holds a DoD Secret security clearance, and is an HL7 Voting member

Yuri’s last assignment at the U.S. Army’s Medical Center of Excellence focused on defining requirements for Virtual Health. Yuri completed two CIO Fellowships, one with the San Antonio-based Baptist Health Systems and a transition role with the Dell Medical School and UT Health Austin. As a Board Certified Healthcare Chief Information Officer, former MEDCEN CIO, Yuri enhances TechWerks already deep bench of subject matter expert and was named as one of the 30 “Rising Stars in Healthcare IT” by Health Data Management.  Yuri is a Fellow of both the American College of Healthcare Executives (ACHE) and the College of Healthcare Information Management Executives (CHIME). 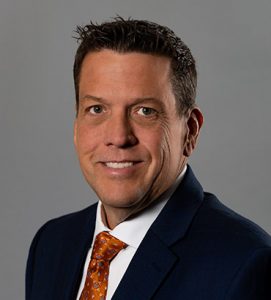 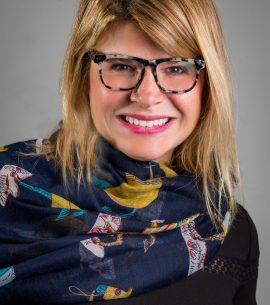 Carey Faust has a strong background in learning and development, selection tool design, performance management, job analysis, leadership, and competency modeling. Carey has a Master of Arts in Industrial/Organizational Psychology from University of West Florida and a Bachelor of Arts in English and Leadership and Organizational Development from Vanderbilt University. Her work experience includes spearheading the leader development strategy for a regional healthcare system of 8000+ employees. She has built and owned L&D programs at scale from department to system level and trained hundreds of employees and leaders to enhance business value and drive engagement. She is adept at assessing organizational training needs through needs analysis and developing and implementing interventions to address those needs via multiple delivery platforms that are effective and provide the learner with a rewarding learning experience. She is a Certified TotalSDI Facilitator and Project Management Professional (PMP). 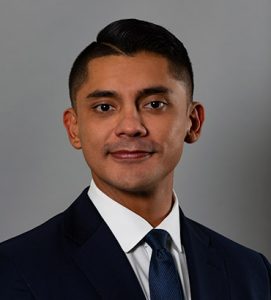 Bryan Vidal is a Bi-Lingual Project Manager who also serves as a Technical Subject Matter Expert for various TechWerks contracts and corporate endeavors. He has led the Department of Veterans Affairs’ National Veteran Caregiver Training Program and Self-Care Training Program, providing comprehensive training to over 43,000 military veteran caregivers and their families since 2010. Mr. Vidal possesses extensive knowledge of online learning systems and has led multiple curriculum upgrades for federal clients, specializes in mass data migrations, re-creation of audio/visual bi-lingual training content, and information security. He is also the TechWerks’ Project Manager for the Walter Reed Army Institute of Research Center for Military Psychiatry and Neurosciences where he supports the invaluable research of renown scientists and statisticians in their efforts to protect our soldiers’ mental health. Additionally, Mr. Vidal supports the VA Corporate Senior Executive Management Office delivering master certified coaching to Senior Executives throughout the country as they work tirelessly to enhance services to veterans of all eras.  Bryan Vidal is a certified Project Management Professional (PMP), holds a Master’s degree in Public Policy and a Post-Graduate Certification in Public Policy Analysis from the American University in Washington, D.C.

VECTOR is a 10-year IDIQ vehicle awarded to TechWerks in 2018.  This vehicle is open to all VA agencies and is an ideal way to reach highly qualified and completive SDVOSB companies such as TechWerks.

CIOSP-3 SB is a Best-In-Class vehicle available to all federal agencies. This vehicle can be used to acquire a wide-range of professional IT services. TechWerks can bid on work posted to CIOSP-3 Small Business if the contracting officer makes the opportunity available to SDVOSB contract holders by selecting the DV category on the vehicle’s portal (e-GOS). TechWerks was awarded all 10 service areas.

The GSA Schedule provides the most flexibility and access to companies with demonstrated past performance in Information Technology. TechWerks can bid on all unrestricted, total small business, and SDVOSB set-aside opportunities.

TechWerks has a prime position in the following categories:

TechWerks can bid on all unrestricted, Total Small Business, and SDVOSB work posted to FBO.

As a SDVOSB, TechWerks is eligible for direct awards. Contracting Officers have the option of awarding contracts directly to TechWerks under certain conditions and thresholds.

TechWerks has established teaming arrangements with prime contract holders on the following vehicles: